The Invincible Gold Project is located in the emerging Central Pilbara gold district and is immediately along strike from Calidus Resources’ 1.495Moz gold resource, which is hosted by the same stratigraphy – the Warrawoona Shear Zone.

The project area also contains multiple small artisanal workings that targeted the near surface, high-grade gold prevalent in the region. At the historic Invincible mine,19.31kg of gold was mined at a grade of 1,380g/t Au. 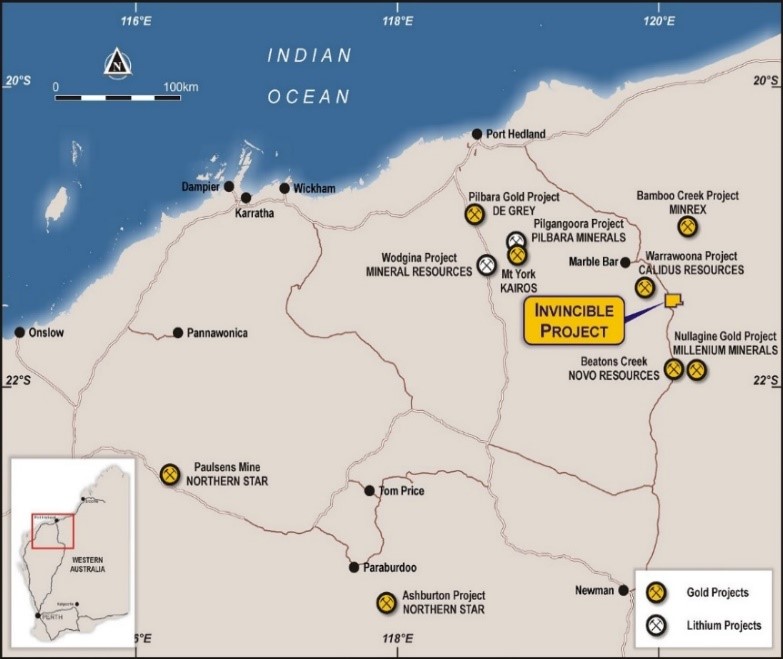 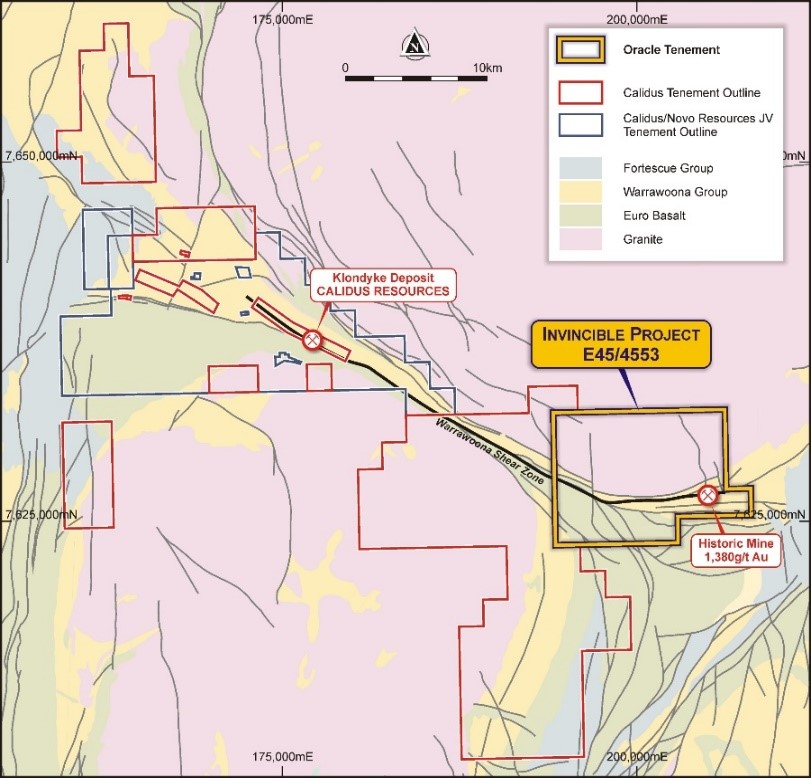