In October 2020, BMG completed the transformational acquisition of the three projects to underpin its strategy of unlocking shareholder value through the delivery of low-cost gold ounces.

BMG’s cornerstone asset, the Abercromby Gold Project, is a high-grade discovery in the Wiluna District – one of Australia’s most productive gold regions (+40Moz). Abercromby is bordered by major gold deposits including Jundee and Wiluna, and located close to existing infrastructure including operating plants.

The Invincible Gold Project is located in the emerging Central Pilbara gold district, and is immediately along strike from, and hosted by the same stratigraphy as, Western Australia’s newest gold mine, Calidus Resources’ Warrawoona mine. BMG believes the high-grade historic artisanal workings, and the lack of systematic modern exploration at Invincible provides an outstanding opportunity for a new high-grade discovery.

The South Boddington Project is located within the Saddleback Greenstone Belt and along strike to Newmont Goldcorp’s giant Boddington Gold Mine. The Project comprises two exploration licences (under application), which are interpreted to host similar stratigraphy to the Boddington Gold Mine. Major gold deposits are typically situated within gold camps that host multiple deposits, and BMG believes this presents an outstanding opportunity to make a significant gold discovery in an underexplored, world-class gold mining region.

BMG also owns a 10% interest in the Treasure Project in Cyprus which is highly prospective for copper, gold, nickel and cobalt.

The Treasure Project’s operator, New Cyprus Copper Company Limited, a wholly owned subsidiary of Caerus Mineral Resources PLC (LON:CMRS), is the majority shareholder and is responsible for maintaining and progressing the project. 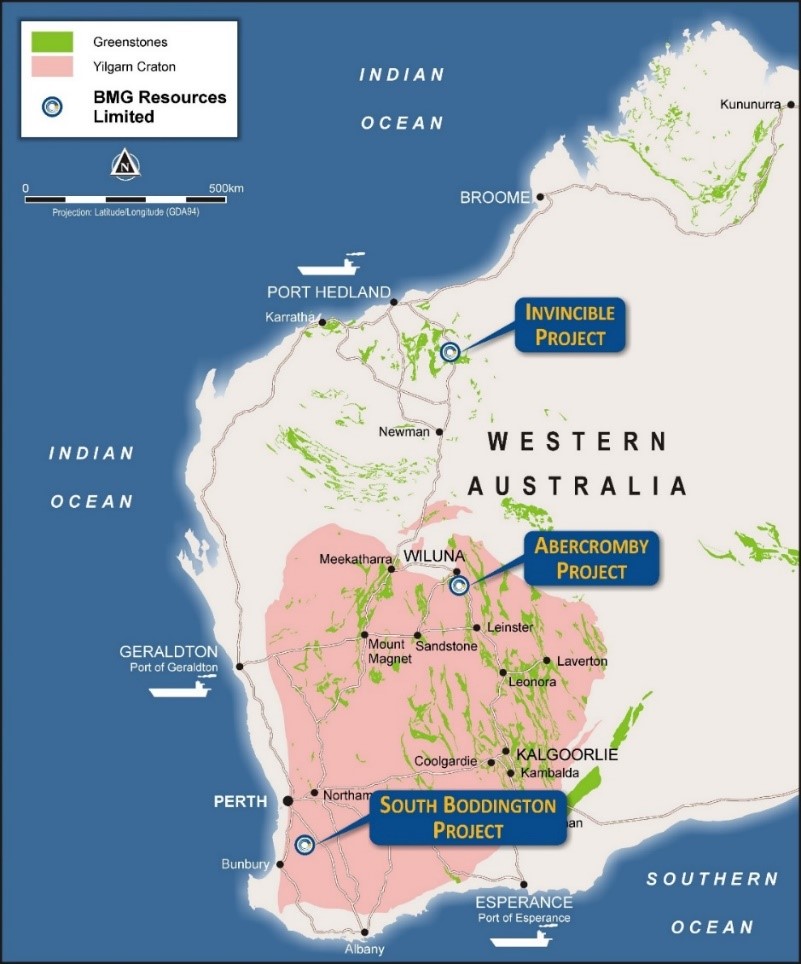